A new report out this week shows that China is by far the most effective censor of the internet, and far from retreating, is exporting its model around the world.

Beijing has consistently defied all the confident predictions (including by people far more knowledgeable about the internet than Clinton) that this would be impossible. China’s censors have reigned in blogs, social media, and US search giants, and repeatedly defeated or stymied any attempts to undermine the Firewall, from virtual private networks (VPNs) to the dark web.

The internet is growing less free around the world, and democracy itself is withering under its influence.

Disinformation and propaganda disseminated online have poisoned the public sphere. The unbridled collection of personal data has broken down traditional notions of privacy. And a cohort of countries is moving toward digital authoritarianism by embracing the Chinese model of extensive censorship and automated surveillance systems. As a result of these trends, global internet freedom declined for the eighth consecutive year in 2018.

A new report from Freedom House — a US government-funded NGO — supports this. During 2018, the authors found, “internet freedom declined for the eighth consecutive year.” 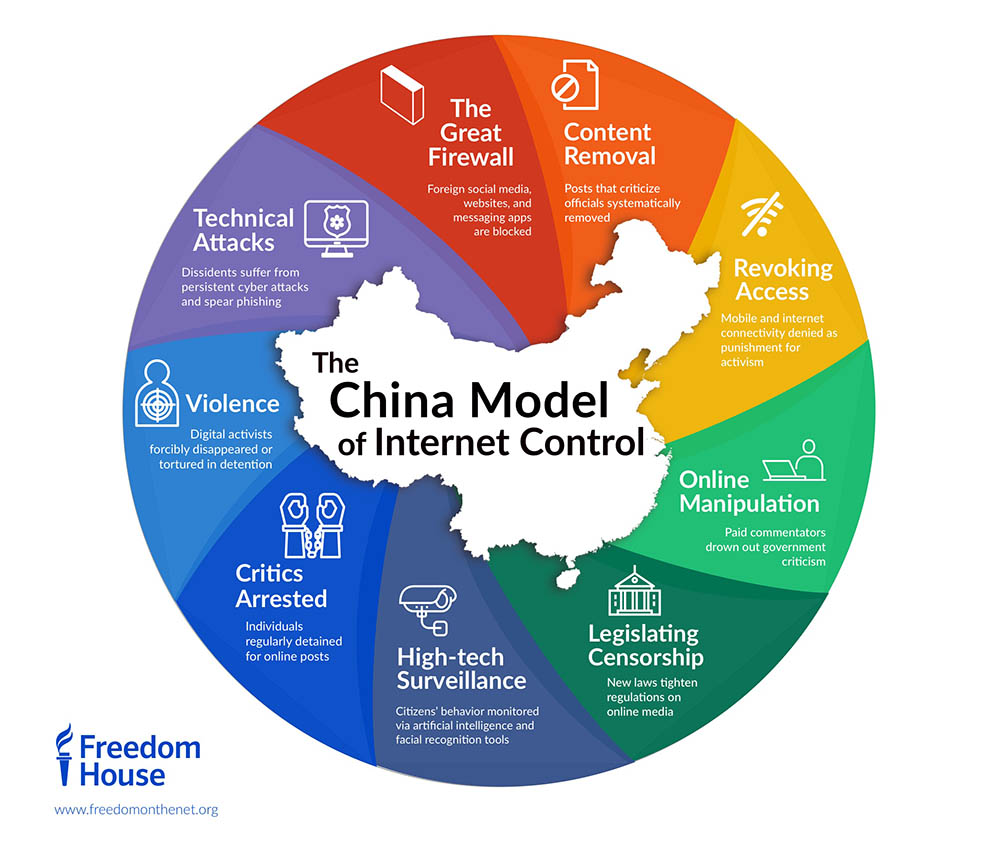 “A cohort of countries is moving toward digital authoritarianism by embracing the Chinese model of extensive censorship and automated surveillance systems,” Freedom House said. Beijing’s model of the internet is now spreading beyond its borders, with China’s censors working actively with their counterparts in Russia, Uganda and a host of other countries to build up internet controls and crack down on online dissent.