Chinese internet users have crossed the 800 million mark for the first time ever as of June 2018, according to the 42nd China Statistical Report on the Internet Development issued by China Internet Network Information Center. With about 802 million internet users, China’s user-base is larger than the combined populations for Japan, Russia, Mexico and the U.S., according to International Monetary Fund data. 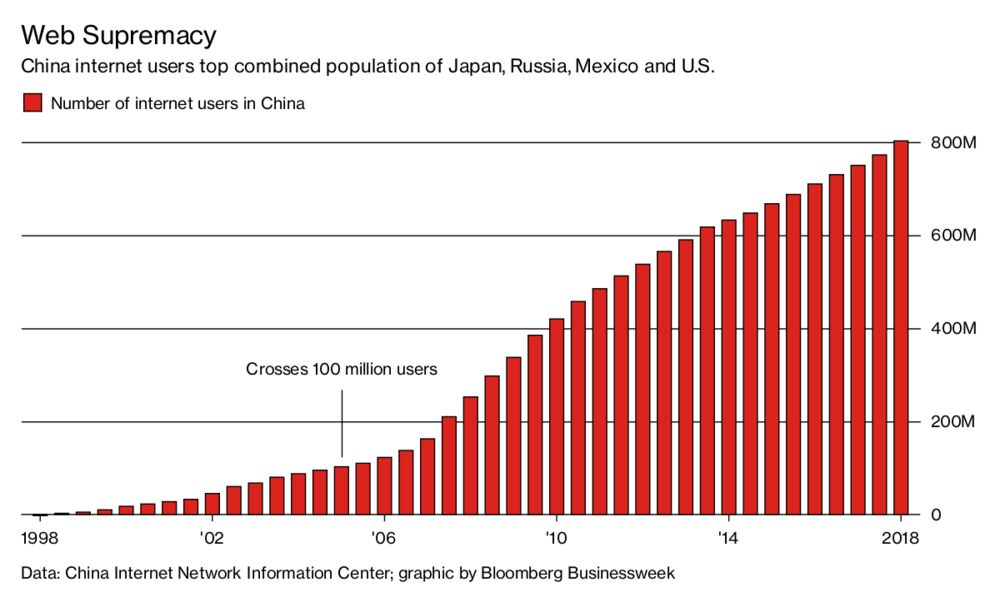 — With assistance by Matt Turner