In support of its Motion to Reconsider and Vacate Preliminary Injunction Ruling, Defendant ZA Central Registry, NPC (“ZACR”) relied upon the Declaration of its current CEO Mokgabudi Lucky Masilela (“Masilela Decl.”). However,  DotConnectAfrica Trust fires back in opposition, via a response it filed on May 16th 2016 presenting detailed evidentiary objections to his declaration, some which we exhibit below: 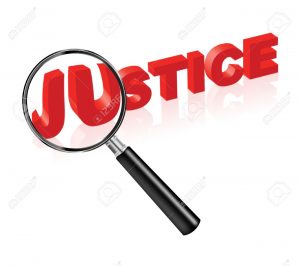 “ZACR received the support of the African Union only after the AUC publicized a request for proposal (“RFP”).  This was an open bid process.  The AUC made clear that it was only going to support one applicant.  By way of background, the AUC RFP process began because it was well known that ICANN was considering a new gTLD progam, including .Africa.  It was in anticipation of this new gTLD program that the AUC decided to hold an RFP to support a single, qualified applicant for the African Union.  This is because the AUC was specifically mandated by member states to set up the structures and modalities for the implementation of the dotAfrica (.Africa) gTLD.  Details of the process are set forth in the September 29, 2015 AUC letter attached hereto as Exhibit C.  This letter is also available at: http://africainonespace.org/downloads/GNP.PDF”.  Masilela submitted.

“his statement is misleading based upon the fact that ZACR assigned all rights to the AUC prior to the “open bid process.”  See Dkt. No. 17 – Bekele Decl. ISO Motion for Preliminary Injunction, Ex. 20, p.617, ¶22 (7) [“It should be noted that the AUC shall retain all rights relating to the dotAfrica TLD, including in particular, intellectual property and other rights to the registry databases required to ensure the implementation of the agreement between the AUC and the ZACR, and the right to re-designate the registry function.”]

Masilela also claimed: “The Registry Agreement between ICANN and ZACR was effective on March 24, 2014 and runs for ten years.  Yet, over two years into the Agreement, the .Africa gTLD has still not been delegated to ZACR.  In effect, 20% of the period of the Agreement has already lapsed without any benefit to ZACR”

DCA says it does not agree:

“Masilela’s statement is biased and misleading in that the agreement  was entered into after the initiation of the IRP process by DCA, the day after DCA requested ICANN refrain from delegating the .Africa domain based on the IRP proceeding pending, and on the grounds that the IRP ordered ICANN to refrain from further processing ZACR’s application until  the IRP resolution concluded.  See Dkt. No. 64 – First Amended Complaint, Ex. A, pg. 31-32, ¶¶13-19.”

Conclusory and without Foundation:  “ZACR’s CEO fails to explain why he is qualified to opine on the public interest”, DCA argues

“The only evidence ZACR offers – evidence that it could have offered before the Court’s order — that the public interest favors vacating the preliminary injunction comes from the declaration of ZACR’s CEO, who fails to explain why he is qualified to opine on the public interest. ZACR argues that Africa is continuing to be deprived of “brand value” and that African business would benefit from the use of .Africa. Motion at 16:5-16:15. However, these statements are conclusory and without foundation and do not actually specify any businesses (except for ZACR) allegedly suffering harm due to the preliminary injunction. These statements echo those in the Yedaly declaration that this Court has already rejected. See Docket No 40; Order at 75..”

“Declarations shall contain only factual, evidentiary matter and shall conform as far as possible to the requirements of F.R.Civ.P. 56(c)(4)]..” , says DCA,

DCA urges the Court should likewise disregard them and afford them little weight as they come from ZACR, a party that stands to directly benefit from the lifting of a preliminary injunction.