Jonathan Robinson has been awarded the 2014 ICANN Leadership Award for his contributions to the effectiveness of ICANN’s multistakeholder model.

Robinson received the award in recognition of his devotion to the multistakeholder model, his extraordinary generosity of time, energy, knowledge and expertise, friendship and leadership, and his collegial leadership style that has increased civility and effectiveness within the community. 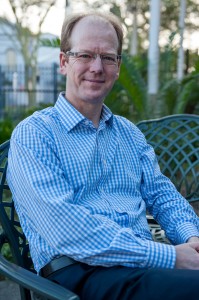 Assuming the role as Chair of the Generic Names Supporting Organization Council in 2012, Robinson has worked closely with the other 22 members of the Council to strengthen collaborative work within the GNSO and together with other ICANN bodies. These efforts to further open channels of communications between ICANN’s diverse participants are critical to the effective functioning and development of the multistakeholder organization. Introducing innovations such as initiating the first induction and development session for the GNSO Council has helped to ensure the well-informed involvement and early success of others as leadership participants within the multistakeholder environment.

Robinson is an experienced company director and entrepreneur with a focus on business development in the domain name services and related sectors. He is co-founder of Group NBT (now NetNames) and served as a Board Director and Chief Operating Officer of the London listed Group for 10 years until 2009. Since 2010, he has continued to work actively in the domain name industry, including through his involvement and board position with domain registry operator, Afilias Ltd.

The ICANN staff leadership team selects the winner of this annual award unanimously, based on an individual’s leadership in protecting and promoting the multistakeholder model.