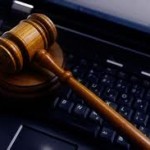 “….Therefore until certain things happen, it would be prudent for the US Congress to continue defunding the IANA Transition process beyond September 30, 2015″.  — Sophia Bekele advising Congress on IANA transition debate  March 9, 2015

In March 2014, the U.S. Commerce Department’s National Telecommunications and Information Administration (NTIA) announced Intent to transition ‘Key Internet Domain Name Functions’ and received a lot of attention from the internet fraternity. Some in support and some in opposition of the IANA Transition. The NTIA said it ” will not accept a proposal that replaces the NTIA role with a government-led or an inter-governmental organization solution. “

Since then the US Congress has made a frantic effort to ensure that ICANN transition process is either delayed, put on hold or at least given a time frame that will allow the community to design an acceptable multi-stakeholder model that will ensure not only that ICANN is transparent and accountable, but also resilient enough to ensure the internet domain name system remains stable and operational without political or other destructive influences.

In June 2015, House Judiciary Committee Chairman Bob Goodlatte (R-Va.) introduced an amendment that will prevent the Department of Justice (DOJ) from using settlements to funnel money to third-party groups. The amendment  (H.Amdt.319) to the FY16 Commerce, Justice, Science and Related Agencies Appropriations Act (H.R. 2578) blocks funding for negotiating settlements that require a defendant to donate to an organization or individual not involved in the litigation. The amendment passed by voice vote. Speaking after the vote, Chairman Goodlatte said.

“As the House Judiciary Committee’s recent hearing further demonstrated, ICANN must have accountability and transparency measures in place before such a transition could occur and they simply are not there now….Given all the concerns over the proposed transition of the Internet domain name system to ICANN, the funding prohibition included in the Commerce, Justice, Science Appropriations bill is necessary to halt this flawed policy from the Obama Administration.”

Among the options that have been made include the Congress introducing a bill to defund IANA transition. The bill that has now been voted for twice and passed by majority states that:

SEC. 540. (a) None of the funds made available by this Act may be used to relinquish the responsibility of the National Telecommunications and Information Administration during fiscal year 2015 with respect to Internet domain name system functions, including responsibility with respect to the authoritative root zone file and the Internet Assigned Numbers Authority functions.

This language, a modified version of the “Duffy Amendment” that was contained in the House version of the National Defense Authorization Act, would allow NTIA to start spending funds on a transition after exercising its first option to extend the contract.

“The Need to Continue Defunding the IANA Transition”

This bill that encourages the defunding of the transition process until such a time that an acceptable model has been built has received support from the community.

The comments emanate from the fact that ICANN has not been convincing enough in ensuring that its own internal transparency and accountability mechanisms are trustworthy.

In articulating the lack of legal parameters and many other points to congress on the IANA transition,  Ms. Sophia Bekele argued in CircleID article published March 9, 2015  in her public statement, also advising congress the following:

“Until certain things happen, it would be prudent for the US Congress to continue defunding the IANA Transition process beyond September 30, 2015.  As already mentioned, any existing legal loopholes have to be closed:

First of all, to ensure that a proper legal regulatory framework is put in place to govern the IANA Transition. This is an important duty for Congress to perform — that is, its primary law-making role in addition to executive oversight that happens after the fact.

Second, ICANN’s accountability processes must be completely reformed and improved upon.

Third, any complete proposals on the IANA Transition that are developed and submitted by the ICANN-led Global Multi-stakeholder Community (working as the ‘IANA Stewardship Transition Coordination Group’) must be thoroughly evaluated and scrutinized by the US Congress to ensure that it satisfies the most rigorous standards of probity and policy expectations regarding an accountable governance structure; and enduring US Government oversight of a non-governmental body that might be saddled with an important global responsibility.   At the same time, those that are preparing and submitting the IANA Transition proposals under the aegis of ICANN should also not be evaluating the proposals that they have developed, and further ‘awarding’ the devolution process to themselves — as ICANN that always draws expertise from the same small gathering field of people that it feels comfortable to work with. Only the US Congress can ensure that there are proper ‘checks and balances are in place’….” she argued.

An unaccoutable ICANN in the Post-IANAtransition mode will be very dangerous to the operational capabilities of the Internet domains root and this is why it must be properly prepared before any transition happens.

Therefore from the support that the act of defunding the IANA Transition is receiving it appears to be the only viable option to ensure that enough time is allocated into carefully planning an alternative ICANN governing body.

After watching her frequent activity visits to engage with Congressional leaders and staffers since 2013, and the things that seem to happen after such visits, on the basis of the aforementioned, it is possible for any interested watcher to assume that Sophia Bekele has been very instrumental in what has happened so far against the background that she was the person that pushed for increased congressional oversight of ICANN in the first place.