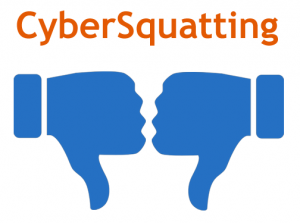 .COM registrations are at an all-time high. Yet the fact remains: Overall, .COM domains feature in UDRPs less and less. That wasn’t the headline of WIPO’s March article. Instead, their press release bore the provocative title, “Cybersquatting Cases Up in 2015, Driven by New gTLDs”.

WIPO – for those just joining the party – stands for the World Intellectual Property Organization. They’re a forum where UDRP complaints are filed and adjudicated. During 2015, WIPO processed 2,754 cases. For that same year, I count 1,437 UDRPs handled by the National Arbitration Forum (NAF), another major venue. All such forums are sustained by filing fees; so arguably there’s an incentive to drum up business (in the form of future complaints) by exaggerating the scale of cybersquatting. That’s my cynicism talking. Really, forums such as WIPO and NAF are necessary to safeguard both trademark holders and online consumers in general.

In fact, WIPO’s headline is entirely correct. Yes, it’s true that their 2015 case load rose by 4.6% compared to the previous year. It’s also true that nTLDs account for much or all of that increase. However, every data set implies multiple stories. The most flattering story can be unduly emphasized. For instance, it’s worth noting that the total number of domains registered worldwide grew by 5.2% last year. Normalized against that rate of growth, WIPO’s case load merely kept pace. Actually, the volume of cases handled by WIPO has fallen 4.5% from its 2012 peak. One UDRP panelist and litigator, publishing his own analysis of WIPO statistics last week for an audience of IP lawyers, even acknowledged the downturn. As he puts it: