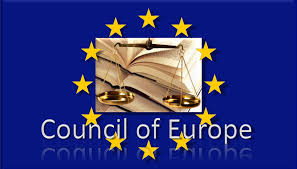 The new gTLD process has created many precedents, apart from being the largest ever single expansion of domains; it has also raised pertinent issues that touch on many spheres of ethics, human rights, ownership, brands among others.

.Africa is among the most controversial domains having gone through an unprecedented path of accountability. The domain has also resulted in ICANN being sued in court for how it managed the domain evaluation and award process.

The legal  process of .Africa was part of a Council of Europe Report by Eve Salomon and Kinanya Pijl on presented at the ICANN 57th meeting in India. The report is titled: “Applications to ICANN for Community-based New Generic Top Level Domains (gTLDs): Opportunities and challenges from a human rights perspective”

The contracts that applicants sign with ICANN on submitting their application commits them against bringing legal action against ICANN. However, the US District Court in Central California rejected the validity of that prohibition when it issued an injunction against ICANN in favour of one of the applicants for the .AFRICA string. On 12 April 2016 the same court granted a preliminary injunction to prevent ICANN delegating the string to another applicant who, in ICANN’s view, had successfully gone through the evaluation process for a geographic name. The Court held that the circumstances of the case raised serious questions about the enforceability of the Release against bringing litigation on the grounds of it being contrary to California Civil Code § 1668 which says that “[a]ll contracts which have for their object, directly or indirectly, to exempt anyone from responsibility for his own fraud, or wilful injury to the person or property or another, or violation of law, whether wilful or negligent, are against the policy of the law.”

.Africa and other domains like .Amazon and .Web continue to be discussed at many levels and it goes to show that the gTLD process has to be above reproach to ensure the delegated domain are well managed.