The current domain prices that are existing in the market have not benefited the African blogger or domain name subscriber, also coupled 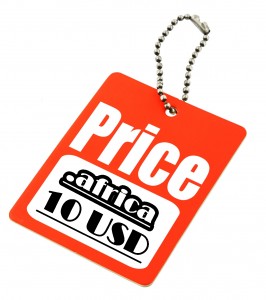 with second rate long and complicated names that do not accompany a true brand.

Many African countries continue to record a substantially low number of ccTLD subscriptions because the prices are too high to purchase a single domain making it only available for well to do firms and perhaps academic institutions that would gladly go for their .ac. country name.   The effect of such is that the country registry will not be able to sustain itself let alone expand or invest in marketing strategies to be able to run against the more established .com’s and .nets.  Such spells only bad news for the growing ccTLD’s and means that the journey to profit making would likely take a snail-pace kind of speed. Not so good for a dynamic domain market.

A quick  check around the domain market, you find that ccTLD’s perform the worst since they are expensive to the common internet enthusiast.  This is true because perhaps many have remained to be used only by government institutions and well to do organizations that are able to pay for perhaps a five year period.   The normal price for a .co.ke perhaps goes for 2000 Ksh with VAT added that comes to approximately 2320ksh or 26 USD.   This is a very high price considering you have not even added the hosting fee to the shopping cart. This is Kenya , down at the South, we have a .co.za domain going for  $29 per yr and a .za.com – $50.

The .co.za  prices are set to rise even more from 50USD to 75USD the pricing laid out by the ccTLD manager, in an announcement made recently.   This is not market friendly at all, going by the fact that most .com , .net and .org domains go for slightly less i.e. a dotcom goes for 1000 Ksh or 17 USD +VAT, quite a disadvantage.

In a twist of fate, however, Uniforum, the second company applying for the .africa tld has announced a price range that will range from the previous fixed 18 USD . A representative Djossou Koffi said on Tuesday, August 28, 2012, the. Africa will be accessible to Africans. “Until the committee finishes its work and implement the naming policy, we are working on a table of 10 to 18 dollars”.   These sudden switch stems from the fact that Uniforum feels pressured to continue to mimic the Campaigns structure and strategy that DCA has consistency adapted in the past, a curiously similar pattern is being used by Uniforum. DotConnectAfrica had announced a fixed 10USD.

ICANN recently has opened up the name space for new applications that means that from the current 21 gTLD’s that have dominated the market for a while now welcomes a new batch of equally more specific and unique names, these represent mainly brands as well as the geographic names. A more specific to Africa is the DotAfrica (.Africa) gTLD.

According to DotConnectAfrica an applicant that has achieved quite a feat, having campaigned for ICANN to open chances for the .africa delegation has finally submitted its formal application.  From their proposal, DCA has put the price very attractively, the kind that will totally disrupt the market, when the .com’s are going for 16 USD above.   DotConnectAfrica aims to put the prices as low as 10USD , WOW, I mean who would not want to own a .africa.

CentralNIC, has agreed to provide DCA with registry software, consulting and training services, and to work closely with DCA to ensure that the Kenya-based registry to be established will satisfy all the stringent technical and operational requirements of the ICANN new gTLD programme.

Safaricom Limited is a leading integrated communications service provider in Kenya.  The beneficial access offered by the Data Centre operations of Safaricom would enable DCA Registry to provide a fully-redundant Internet registry system that features off-site fail-over and escrow so as to satisfy the most exacting high availability requirements  of a 21st century gTLD. Safaricom is also the first ever company to deploy IPv6 as well as introducing the Mpesa, a successful mobile money venture.

What does this mean for Kenya and East Africa, well recently Kenya has experienced a windfall as the most well connected country with over four submarine cables is the best performing Country infrastructural, this has in turn attracted most firms to put up their African Head quarters in Kenya.

DotConnectAfrica is providing so far the best price bargain for the .africa domain apart from the fact that it wants to plough back the proceeds to develop better the African namespace while also improving the impoverished ccTLD’s and introduce them to better technology.  DotConnectAfrica has pledged to work closely with country code managers. This spells a very good formula that promises to turn around Africa.