The ICANN new gTLD process attracted over 1,930 new applications to be added into the root from 60 countries and territories. Of the applications received, 66 were geographic name applications while 116 applications made for Internationalized Domain Names, or IDNs, for strings in scripts such as Arabic, Chinese, and Cyrillic. Broken down by ICANN’s geographic regions; 911 from North America, 675 from Europe, 303 are from Asia-Pacific, 24 from Latin America and the Caribbean while 17 from Africa. 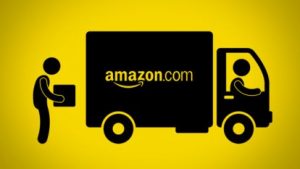 Africa fielded the lowest number of applications; however, among the 17 applications is the .Africa that attracted the biggest controversy that has opened up into a court case in a California court. The applicants of the domains led by DotConnectAfrica (DCA Trust) took an initiative to sue ICANN over the way its application was processed in a system that was determined to have offered unfavorable advantage to its competing applicant ZACR.

After a successful Independent Review Process that declared DCA Trust a prevailing applicant and ordered ICANN to carry the cost of the IRP, the case would later be taken to court where it resulted into a TRO where Central District Of California – Western Division ruling granted an Interim Relief that ICANN should hold off from delegating the .AFRICA top-level domain and a Preliminary Injunction both in favor of DotConnectAfrica, the case is still active in court.

The IRP win by DCA Trust over ICANN resulted in other application processes, among them the recently concluded Independent ruling for .Amazon domain where the largest online retailer Amazon has prevailed after appealing against a decision by ICANN to deny applications for the .amazon generic top-level domain (gTLD). The domain had been halted in 2014 after the Governmental Advisory Committee (GAC) asked the New gTLD Program Committee to reject the domains based on objections from Brazil and Peru, which share the Amazon region.

The biggest factor in the ICANN IRP’s for the new gTLD process is that the .Africa case won by DCA Trust has remained the precedent setting case,

ICANN has been implicated in cases of mishandling applications and could be taken to court by applicants should the applicants not be satisfied by the independent review process that is supposed to be binding yet ICANN has always insisted that is only advisory to the board.

In the .Amazon case, the panel stated [PDF];

We declare that Amazon has established that ICANN’s Board, acting through the NGPC, acted in a manner inconsistent with ICANN’s  Bylaws, as more fully described above. Further, the GAC, as a constituent body of ICANN, failed to allow the applicant to submit any information to the GAC and thus deprived the applicant of the minimal degree of procedural fairness before issuance of its advice, as required by the Bylaws. The failure by the GAC to accord procedural fairness diminishes the presumption that would otherwise attach to its consensus advice…….  In its re-evaluation of the applications, the Board should make an objective and independent judgment regarding whether there are, in fact, well-founded, merits-based public policy reasons for denying Amazon’s applications. Further, if the Board determines that the applications should not proceed, the Board should explain its reasons supporting that decision. The GAC consensus advice, standing alone, cannot supplant the Board’s independent and objective decision with a reasoned analysis. …

Other IRPs who have prevailed against ICANN include DotRegistry where the panel slammed ICANN board saying “The BGC failed to address any of these assertions,” the judgment reads. Later: “The BGC admittedly did not examine whether the EIU or ICANN staff engaged in unjustified discrimination or failed to fulfill transparency obligations.”