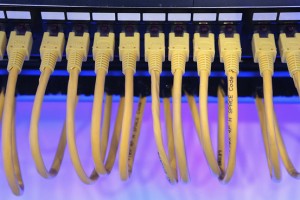 A high-speed internet provider owned by Alphabet Inc.’s Google Fiber unit is making Denver its first new market since being bought by the search giant.

San Francisco-based Webpass will debut its $60-per-month, 1 gigabit-per-second internet service at the 31-story Larimer Place condo tower at 16th and Larimer streets in coming weeks. It plans to expand from there, the company revealed Wednesday.

The ultra-fast internet service will use the building as a foothold to expand its 1 gig internet network to other apartment and condominium buildings in Denver’s urban core.

“Competition is a good thing, and we’re going to bring it in spades to the city of Denver,” said Charles Barr, Webpass founder and top executive.