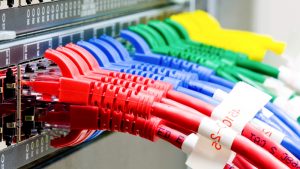 Burkina Faso Telecom workers were on strike again this month, leading to phone and internet interruptions. The country has only one internet service provider, Onatel, but the days of the telecom monopoly in Africa may ending.

The Burkina Faso telecommunications authority fined Onatel 5 billion CFA francs ($8.5 million U.S.) in response to the strike, which cut internet access across the country for more than a week.

Arouna Ouédraogo, an information technology specialist, said people without access to the internet become desperate. He said he businesspeople rushing to his internet cafe with contracts to sign and documents to send, but he couldn’t help them.

“People outside this country just cannot imagine that there is no internet” for such an extended period, he said. Some people were so desperate to get their email, Ouédraogo said, that they flew to Bamako, in neighboring Mali, for internet access.

“This whole country got cut off from the world because one company has management problems and relates badly to its workers,” he said. “This cannot continue. What’s to be done? Break it up. Open the market.”

“Bring in the competition. And it’s happening. A French company is laying its own fiber-optic cable. Soon, Burkina Faso’s internet agony could be over, Ouédraogo said.

By bringing in more players, which would help bring down costs, Burkina Faso could become like Nigeria, Mauritius or Kenya, the continent’s lead performer. Seventy percent of Kenyans have an internet connection, usually with their smartphones, according to Internet World Stats.

Twenty African nations lag behind, with less than 10 percent access. They’re either landlocked, have poor infrastructure have or a single ISP. As a result, the Central African Republic, Niger, Malawi, Burkina Faso and others have a tiny customer base. Only big institutions, rich elites and expatriates can afford connections.

Experts say the message to the last remaining Onatels on the continent is twofold: One, get used to competition; two, start responding to consumer demand. Together, they will make or break your business.