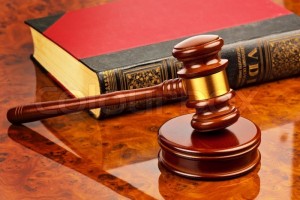 DCA recently dismissed ICANN’s opposition to its preliminary injunction on delegation of .Africa as #HotAir, in a news report covered  by the premier DomainNewsAfrica.

On January 20, 2016, DCA Trust took ICANN to court over a disagreement with how ICANN processed its application, after DCA prevailed in the Independent Review Process (“IRP”) against ICANN in July 2015.

The new gTLD applicant for .Africa who as you will recall won a temporary restraining order barring ICANN from delegating .Africa in Marrakech argued in a reply to ICANN’s opposition that it is likely to succeed on the merits for declaratory relief, or at the least raises serious questions going to the merits,  following the analysis below:

1. The Prospective Release is void:

ICANN mainly anchors its arguments on the waiver that new gTLD applicants signed not to take ICANN to court, however in its arguments, DCA has also shown a strong probability of defeating the release as unconscionable and procured by fraud.

the IRP decision which found unanimously ruled that both the actions an inaction of the Internet Corporation for Assigned Names and Numbers (ICANN) has violated its Bylaws and Articles of Incorporation was not binding.

However calling the IRP “an illusion”, the DCA’s Legal Team argued:

ICANN asserts “Plaintiff’s Amended Complaint does not contain a single allegation of a representation by ICANN that IRP panel declarations are binding.”  However, the IRP panel concluded that ICANN’s Bylaws, Supplementary Procedures and testimony to the U.S. Senate suggest that an IRP is binding.  Any applicant would have concluded the same. ICANN cannot explain how advertising a dispute resolution proceeding while hiding the material fact that the ICANN board believes itself free to disregard its findings and rulings is not materially misleading and fraudulent.   ICANN further purports to have adopted and followed the IRP ruling in full, but this is demonstrably untrue.  The Panel concluded the IRP is binding; ICANN  continues to deny that. The IRP is just an illusion ICANN provides to make it appear that it has a fair and real internal dispute process. It does not.

ICANN has also argued that when DCA Trust’s .Africa application was returned to processing,

it was sent back to exactly the same stage (as the IRP Panel had recommended), the Geographic Names Panel review.

However DCA seem to see the re-evaluation of DCA’s endorsements as a farce, arguing as such:

When the IRP panel declared that DCA should be allowed to proceed through the “remainder” of the process, the IRP panel could not have meant that ICANN should be allowed to keep DCA’s application in the initial evaluation phase, where ICANN’s wrongdoing had already tainted the process. The GAC decision was effectively the end of the initial evaluation phase for DCA and it should have proceeded to the next step in ICANN’s review process, string contention.  Instead, ICANN forced DCA to proceed through the geographic name panel phase of the initial evaluation as if the GAC decision had never happened.

ICANN’s Opposition conspicuously fails to address the many deficiencies in ZACR’s endorsements.  ICANN asserts that DCA did not pass the post-IRP review in the initial evaluation phase because its endorsements were inadequate.  However, if ZACR passed the initial evaluation phase, DCA should also have passed.  The individual country endorsements were written in support of the AUC’s initiative to get .Africa name “reserved” not in support of ZACR.  In fact many of the letters submitted by ZACR as an endorsement do not even mention ZACR by name.

ICANN does not argue or show that ZACR’s and DCA’s applications were reviewed under the same standards.  If ICANN required actual direct support of 60% of the African governments, how did Defendant ZA Central Registry (“ZACR”), ICANN’s favored applicant, pass the endorsement stage when DCA presented substantial evidence of flaws in ZACR’s endorsements?

ICANN misleadingly suggests that DCA lost the contest for .Africa because it did not submit the African Union Commission’s (“AUC”) withdrawal letter of its support.  But ICANN fails to disclose that DCA advised ICANN of the AUC’s alleged withdrawal in its initial application. The real issues are: in light of ICANN’s own internal rule that allows governments and their representatives to withdraw support only if conditions to that support are breached, how is the AUC’s post-hoc withdrawal even relevant as no conditions of its support were presented or breached? And, ICANN fails to address either point.

ICANN did not follow its own rules in rejecting DCA’s endorsements. But instead of addressing the substance of DCA’s point that the AUC and UNECA withdrawals are invalid under ICANN’s rules, ICANN argues that its rules regarding withdrawal are inapplicable to DCA’s endorsements because they were never valid in the first place. This is a circular argument: ICANN declares that the endorsements were not proper precisely because they were withdrawn. Under ICANN’s own rules, withdrawal is only proper if there were some conditions between the applicant and the endorser that were not fulfilled.  There were no such conditions in either AUC’s or UNECA’s endorsement letters to DCA and therefore the withdrawal of support was improper.

Moreover, UNECA’s letter came after the geographic name panel review resumed so ICANN cannot argue that the letter was not valid at the time of DCA submitted its application for .Africa.  In fact, ICANN admitted in the IRP that UNECA was a proper endorser!.  It is ICANN’s own determination, not UNECA’s opinion of ICANN’s rules, which should govern.  UNECA was also clearly bowing to pressure from the Infrastructure and Energy division of the AUC to withdraw its support of DCA”.

In its opposition ICANN’s only argument as to why DCA will not suffer irreparable harm in the absence of injunctive relief is that DCA has requested compensatory damages.   This is a red herring.  The fact that DCA has requested compensatory damages in no way suggests that it can be compensated for all or any harm – as ICANN suggests – arising from the wrongful delegation of .Africa to another entity. The request for compensatory damages is simply an alternative request for relief.  The .Africa gTLD is a unique asset available only through ICANN (ICANN does not deny any of this), the control over which cannot be fully compensated by money.  ICANN concedes that it will suffer no harm if it is enjoined from granting .Africa as it utterly fails to address the issue in its Opposition.

Further, there is no “critical public interest that would be injured by the grant of preliminary relief.”   ICANN presents only conclusions and beliefs as to harm the continent of Africa will suffer.   But, these statements are conclusory and lacking in foundation.

ICANN’s repetitive history in its .Africa decisions has also been brought to light in DCA’s arguments, suggesting that it consistently made resolutions in desperate attempt to render that application moot, the latest instance citing ICANN Board Mike Silber’s intervention in Morocco meeting during a GAC session after the Court issued the TRO, “you have the commitment from ICANN, the board and the staff to not let the litigation issues intervene …” ,  in response to AUC member.   It will be remembered that  former UNIFORUM a.k.a ZACR Board Member Mr. Silber was accused on conflict of interest and even had to update his Statement of Interest, upon compliant by DCA to ICANN Ombudsman.

With all the above convincing counter arguments from DCA, I doubt DCA will be losing the war!

The case resumes on 4th March 2016 and we shall report updates as the court decides.

Read more from the original source