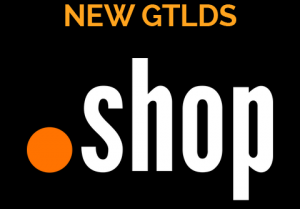 More than 600 new generic top-level domains—the characters that appear after the dot in website addresses—have been released to the public since 2014, but few have been of broad interest to online retailers.

The addition of  .shop and .shopping may spark retailers’ interest. Both go on sale to the general public later this month—.shop on Sept. 26 and .shopping on Sept. 28. Domain brokers, such as GoDaddy Operating Co. LLC, are taking pre-registration orders to enter into the naming system when the domains go live.

“.shop is straight up the middle for retail,” says Theresa Geraghty, senior director of product marketing at GoDaddy. She says the average price for a .shop URL on GoDaddy will be about $20 after the pre-registration period ends.

“This is one of the high-interest domains that has come out as a result of the program because of the universal nature of shop and shopping,” says Matt Serlin, vice president of global client services at MarkMonitor, which provides brand protection services.

Many brands also registered for .shop addresses during the so-called sunrise period—a period that precedes pre-registration and during which trademark holders can register domain names corresponding to their marks before names are generally available. For .shop, that period ran from the end of June through August. “With big brands there was a high number of sunrise [registrations], more so than some other gTLDs that came out,” Geraghty says.

GMO Registry, a domain registry services operator based in Tokyo, owns .shop and paid $41 million for it in January after an auction with other registry services for the rights to own it. At the time, it was the highest amount paid for a domain. It has since been eclipsed by the $135 million VeriSign Inc. paid—through a holding company named Nu Dot Co—to control .web.