For Infosecurity Europe 2016, High-Tech Bridge has released a comprehensive overview of trends across all major fields of web security. The trends include all types of security and privacy issues, from web application vulnerabilities to HTTPS traffic encryption and PCI DSS compliance. 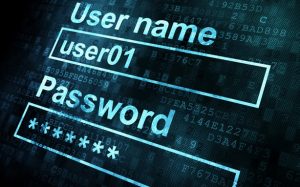 Based on High-Tech Bridge’s continuous web security practice and research, below is a brief compilation of web security trends from the last six months:

Over 60% of web services or APIs designed for mobile applications contain at least one high-risk vulnerability allowing database compromise.

If a website is vulnerable to XSS, in 35% of cases, it is also vulnerable to more critical vulnerabilities, such as SQL injection, XXE or improper access control.

High risk vulnerabilities, such as SQL injections, are now being used for RansomWeb attacks five times more frequently than in 2015, extorting money from website owners.

Blind XSS exploited in the wild, are being actively used by cybercriminals to infect privileged website users (e.g. support or admins) with Ransomware via drive-by-download attacks.

79.9% of web servers have incorrect, missing, or insecure HTTP headers putting web application and its users at risk of being compromised.

Only 27.8% of web servers are fully up2date and contain all available security and stability patches.

Many customers abandon WAF integration with automated scanning tools due to a high rate of false-positives.

Domains in .com and .org TLDs remain the most common among fraudulent domains (typosquatted, cybersquatted, or used for phishing and drive-by-download attacks).

US, Poland and Singapore figure among the most popular countries to host fraudulent and malicious websites.