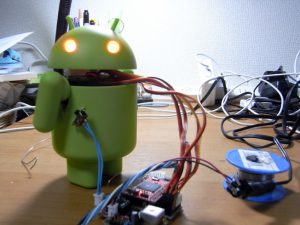 Google is clamping down on a fraudulent advertising network of over 125 Android apps and websites that have stolen hundreds of millions in ad dollars. A BuzzFeed report laid bare the huge scale of the scheme, which saw scammers from “We Purchase Apps” acquire established apps from developers, transferring them to a web of front and shell companies in Cyprus, Malta, British Virgin Islands, Israel, and Bulgaria. The We Purchase Apps website listed a location in New York, but the address appeared to be a residence. “And their phone number was British. It was just all over the place,” Schoen said.

They then tracked the behavior of the apps’ human users and mimicked it using a “vast network of bots,” allowing them to generate fake traffic and con marketers out of millions for in-app ads (including those run by Google itself). And all the while, the real human data would mask the fake generated info, making it even harder to detect any wrongdoing.

Most of the scam apps identified by BuzzFeed were games, while others included a flashlight app, a selfie app, and a healthy eating app. They were reportedly installed more than 115 million times, with one app (“EverythingMe”) reaping 20 million installs alone.

After being alerted to the scheme last week, Google began removing the apps from its Google Play Store — though, as noted by The Verge, it seems Everything Me is still live. According to the big G’s findings, around $10 million had been accrued through fake views from marketers. But fraud detection firm Pixalate (which first spotted the scheme in June) puts the figure at $75 million per year. “We are actively tracking this operation, and continually updating and improving our enforcement tactics,” said Google.