Earlier this year in February ICANN announced that it was free to proceed with the delegation of .AFRICA domain following a Court decision that denied DotConnectAfrica’s (DCA’s) Motion for Preliminary Injunction to stop the delegation of the .AFRICA generic top-level domain (gTLD) to ZA Central Registry (ZACR). 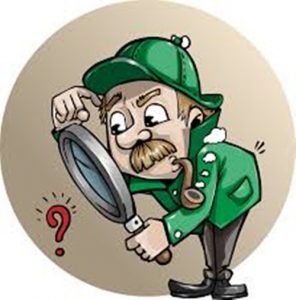 The case had been remanded to State court from the Federal court following an appeal by ICANN and ZACR due to lack of jurisdiction. But despite the fact that the ICANN delegated the .africa domain, the case is still active, the judge wrote that the .Africa gTLD can be re-delegated to DCA in the event DCA prevails in this litigation.

In August 2017, DCA Trust won another ruling where the judge partly dismissed ICANN’s motion for summary judgment (MSJ). The MSJ is therefore denied as to the second, third, fourth, fifth, seventh, and tenth causes of action. The motion is granted as to the remaining causes of action.

The judge reasoned that DCA Trust in their submissions raised a triable question of material fact as to whether ICANN committed fraud by indicating it would follow its Bylaws and Articles of Incorporation and the IRP’s decision in processing application. adding that

In an MSJ, the court stated as a matter of fact that Legal Standard states, “[A] motion for summary judgment shall be granted if all the papers submitted show that there is no triable issue as to any material fact and that the moving party is entitled to a judgment as a matter of law.”

The case results from a July 2015 arbitration where DotConnectAfrica won in an Independent Review Process. The IRP Panel had unanimously ruled “that both the actions and inactions of the Board with respect to the application of DCA Trust relating to the .AFRICA gTLD were inconsistent with the Articles of Incorporation and Bylaws of ICANN”.

In April, 2016, DCA Trust won a preliminary injunction that also comes after the company also won a Temporary Restraining Order (TRO) on 4th March 2016, ordering ICANN not to delegate .Africa until a lawsuit by DotConnectAfrica is resolved in its entirety.