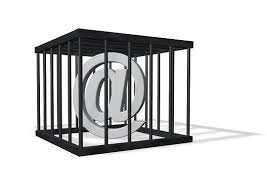 Thailand’s military government is pushing ahead with several bills to tighten cyber security, but many critics say the move could result in increased online surveillance, raising concerns over personal privacy.

Wednesday’s parliamentary public hearing on the amendment of the Computer Crime Act received mixed responses. Some expressed concern over the law’s vague definition of what constitutes “falsifying data”, with history of it being used along with criminal and royal defamation suits.

Initially introduced in 2007, the Computer Crime Act was designed to protect people against internet spam, hackers and identity forgers, penalising violators with a maximum jail-term of up to five years and/or a fine of up to 100,000 baht (US$2,800).

Critics say the new law will actually give more power to the government as it lacks the check-and-balance system of the legislative process of parliament.

“It is ironic that the regulations that limit freedom will be issued easier than laws that protect freedoms and rights,” said Arthit Suriyawongkul, an expert on cyber and computer law at the Thai Netizen Network. “This is because the process of drafting law that protects people is so difficult.  But to forego those protections, they say they only need to use ministry issued order.”

Apart from amending the Computer Crime Act, the government is also launching other laws, like the Cyber Security Act, which would allow authorities to wiretap phones and computers without a court warrant.  Source