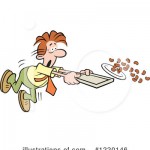 The interesting and most awaited .Africa ruling has finally been made on 9th July 2015 by the 3 member Independent Review Panel that has been handling the case since DotConnectAfrica Trust filed its case in October 2013 following the ICANN Board’s recommendation that the .africa application should not proceed. The panel comprised of Mr. Babak Barin the Chair, Professor (Dr.) Catherine Kessedjian, and the a retired San Francisco Superior Court Judge, Hon.Judge William J. Cahill.

Part of the final ruling states as follows:

.. “148. Based on the foregoing, after having carefully reviewed the Parties’ written submissions, listened to the testimony of the three witness, listened to the oral submissions of the Parties in various telephone conference calls and at the in-person hearing of this IRP in Washington, D.C. on 22 and 23 May 2015, and finally after much deliberation, pursuant to Article IV, Section 3, paragraph 11 (c) of ICANN’s Bylaws, the Panel declares that both the actions and inactions of the Board with respect to the application of DCA Trust relating to the .AFRICA gTLD were inconsistent with the Articles of Incorporation and Bylaws of ICANN….150. The Panel declares DCA Trust to be the prevailing party in this IRP and further declares that ICANN is to bear, pursuant to Article IV, Section 3, paragraph 18 of the Bylaws, Article 11 of Supplementary Procedures and Article 31 of the ICDR Rules, the totality of the costs of this IRP and the totality of the costs of the IRP Provider…”

Here are 10 things that stand out from the .Africa case that show that this case is bound to sink ICANN’s credibility and operations as they relate to transparency, fairness and accountability.

Good lord. #ICANN has lost its independent review into dot-Africa. Can only assume it was thanks to the usual behind the scenes deals

Kevin Murphy’s early and usual presumptuous article on DCA gives an unlikely opinion in his article “New gTLD program thrown into chaos as ICANN loses .africa case” that “The application is still as good as dead, but ICANN will need to go through the motions to actually bury it.” 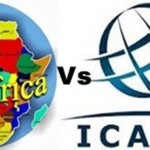 The .Africa domain will indefinitely be put on hold and as such the continent remains in the dark concerning the new gTLD program, this is all thanks to ICANN’s actions and inactions contributed by its Board, GAC and by extention staff: The panel clearly recommended that “ ICANN continue to refrain from delegating the .AFRICA gTLD and permit DCA Trust’s application to proceed through the remainder of the new gTLD application process.”

This coupled with the Africa strategy which has been decried to be benefiting a small number of ICANN Africa globe trotters who have done very little to expose and educate Africa to the benefits of a progressive internet governance curriculum other that chiefly defending ICANN’s failures.

ICANN is clearly the biggest and ultimate looser in what has been termed as a precedential case of the new gTLD program. The fact that DCA Trust has fought for a very long time against many odds and successfully defended its case will put to shame the industry pundits who dismissed DCA Trust.

ICANN’s systemic dysfunction has been exposed from the numerous documentation that details how .Africa application was doomed from the underhand dealings that comprissed of the ICANN board staff and mainly the biggest culprit the ICANN governmental Advisory Committee.

The Governmental Advisory Committee is bound to take serious fall from the ruling, majorly because it was the originator of what has was called the Early Warnings and Consensus Objections which looking at the testimony of the former GAC chair Heather Dryden in the DCA vs ICANN hearing reduced GAC to a political body that specializes in ‘creative ambiguity’. Where “We leave things unclear so we don’t have conflict.” GAC was exposed as the body that gives recommendations without rational reason or no discussion of the concepts that are in the rules.

No wonder GAC has attracted the ire of Congress who twice in a space of two weeks wrote to ICANN and stated “ICANN’s GAC appears to have overridden several community-developed policies in recent years. Such an outcome is incompatible with the bottom-up, multistakeholder model reflected in ICANN’s Articles of Incorporation and By-Laws.”

GAC needs a major overhaul, relook into its own structure, establish a transparency mechanism that will dictate how members make decisions based on an informed and rational reasons.

Over the past one year, and especially since the March 2014 announcement by NTIA that ICANN develop an non-governmental model body to oversight ICANN, there have been numerous activities by the community to develop a suitable proposal.

Actually it is reported that some 450 working hours, 20,000+ mailing list exchanges, and more than 280 events man hours have been spent on the transition discussion. This is no mean feat, all in the aim to best the deadlines set.

Despite all the hard work which is worthwhile, the US government may not be keen to release ICANN to independence due to these intensely complicated issues that expose the mode of operations within the ICANN structure.

It is not surprising that there have been hush-hushed discussions of introducing a second round of the new gTLD program. The first round was certainly a major financial boost for ICANN. There are millions of fees deposited in the ICANN coffers in terms of application and auction fees. The financial factor could be a huge motivator for the rush to open another round of gTLD application. Don’t even get me started on the ICANN-FIFA similarities

However applications such as .Amazon and more recently .Africa will serve as a big blow to the introduction of another new gTLD round. Before ICANN can fix its own house and that includes GAC, it will not be ready to launch another 187K USD per application round.

ICANN will need to take a very good research from users and applicants of the first new gTLD program, and from the feedack design another proper applicant guidebook, change some of its bylaws, fix the board problem, identify enough independent experts as well as streamline its staff.

From the above 5 takeways, its probable that .Africa controversy is bound to bury some of ICANN’s plans and reset it to a hold. So ICANN is the ultimate looser.

It is also established in the .Africa IRP that ZACR has no African Government endorsement it claimed in public it had for so long, therefore ZACR is the looser, therefore we will see who buries who as this developing case of .africa as it unfolds.