Jack Dorsey, chief executive officer and co-founder, said in a tweet Thursday that he lost 200,000 followers, bringing his total down to 4 million, after Twitter made good on its pledge to remove suspicious accounts. 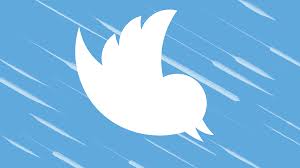 Twitter has announced it will remove suspicious accounts from follower counts. It warned that the number of followers displayed on many profiles may go down as a result.

“Over the years, we’ve locked accounts when we detected sudden changes in account behaviour. In these situations, we reach out to the owners of the accounts and unless they validate the account and reset their passwords, we keep them locked,” said Twitter.

It is these locked accounts that will be removed from follower counts.

“Most people will see a change of four followers or fewer; others with larger follower counts will experience a more significant drop.”

“We understand this may be hard for some, but we believe accuracy and transparency make Twitter a more trusted service.”

Twitter said account behaviour it looks for includes tweeting a large volume of unsolicited replies or mentions, tweeting misleading links, or if a large number of accounts block the account after mentioning them.

The company recently said it’s identifying almost 10 million dubious accounts a week and is putting all accounts through a security check. The Washington Post reported last week that Twitter has suspended more than one million accounts a day in recent months, and the rate has more than doubled since October, when the company, under congressional pressure, revealed how Russians used fake accounts to manipulate the U.S. presidential election.

Other high-profile figures also took a hit to their numbers of followers. President Donald Trump, one of the most prolific and high-profile tweeters, lost about 100,000 of his approximately 53.4 million Twitter followers, according to the Washington Post, and former President Barack Obama lost about 400,000 from his 104 million followers. Katy Perry, currently the most-followed person on Twitter, had more than 109 million followers Wednesday — a number that plunged to about 108 million Thursday afternoon.