LONDON, May 19, 2016 /PRNewswire/ There remains considerable activity and investment in Africa’s national and international broadband infrastructure. Many countries have a range of government programs in place aimed at increasing bandwidth availability, and at extending networks deeper into non-urban areas. Submarine cables now provide 20-times more international bandwidth than was the case in 2010: international bandwidth broached 2Tb/s by the end of 2013. In North Africa alone, bandwidth increased 36% in the year, while in Sub-Saharan Africa it grew 39%. Submarine cables have been designed with vast capacity, and by mid-2015 barely 8% of capacity was being utilised. The total length of terrestrial infrastructure has also more than doubled during the last five years. Although these efforts have improved connectivity in many areas, and with it the social and economic benefits needed for sustained growth, much more investment is needed for local economies to capitalise on this growth into the future. 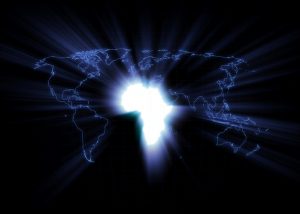 These infrastructure programs are supported by sympathetic regulatory regimes which have encouraged shared infrastructure, facilitated cost-effective overhead cabling, and reduced wholesale access pricing. Some countries have fallen behind in these endeavours, with the inevitable result that diversity has emerged across the continent.

Countries such as Morocco now have internet penetration of above 50%, though a number of others, such as Sierra Leone, have penetration rates below 2%.

A number of regional schemes have been developed affecting two or more neighbouring countries, usually with a view to extending submarine cable access to landlocked countries. Regional schemes include the East African Backhaul System (EABS), serving Kenya, Tanzania, Uganda, Rwanda, and Burundi which provide landlocked countries with access to submarine cables. Another is the Central African Backbone (CAB), a $215 million program funded by the World Bank and the African Development Bank to build fibre-optic infrastructure serving 11 countries in the Central African region. The World Bank reported that the disbursement rate of project funds in the Central African Republic had reached 78% by October 2014, while in Cameroon progress is being coordinated by national agencies including MINEPAT.

The region is also on the cusp of further leaps forward as a result of spectrum policies. Governments and regulators are making use of spectrum released from the switch from analogue to digital broadcasting. Although most of the region failed to meet the ITU’s June 2015 deadline for ISO, the process will progress in coming months, and thus into 2016 and 2017 regulators will be in a position to auction these spectrum assets. Mobile network operators will then be able to improve their network capabilities, and drive mobile broadband deeper into non-urban areas.

Rising internet penetration, more marked in some countries than others, is required for the development of applications and services, and to drive growth in local economies. Penetration rates of at least 20% are needed for real socio-economic benefits to be realised. This level of internet connectivity is realistically achievable only through mobile networks. Many countries in Africa have such poor fixed-line infrastructure that telcos and vendors and better placed to invest in mobile infrastructure alone rather than in fixed-line networks. In rural areas as well as in many semi-urban zones mobile networks present a more realistic option for providing voice and data services cost effectively and quickly. This is already the reality in many markets, while regionally about 90% of all internet connections are already provided by mobile broadband.

There have also been continuing investments in building local Internet Exchange Points to reduce dependence on international connectivity for local internet services, so lowering the cost of developing local hosting and application development. The African Internet Exchange System, an African Union project implemented by the Internet Society, aims to have 80% of African users’ internet traffic exchanged within Africa by 2020.

These developments are encouraging for the future growth of the region’s fixed-broadband sector, which will further drive economic progress as well as a range of benefits based on enhanced social inclusion among consumers. Nevertheless, socio-economic forces in many markets has also made theft and vandalism a real concern for operators, while political instability in countries such as Libya has caused considerable upheaval and disruption to services.