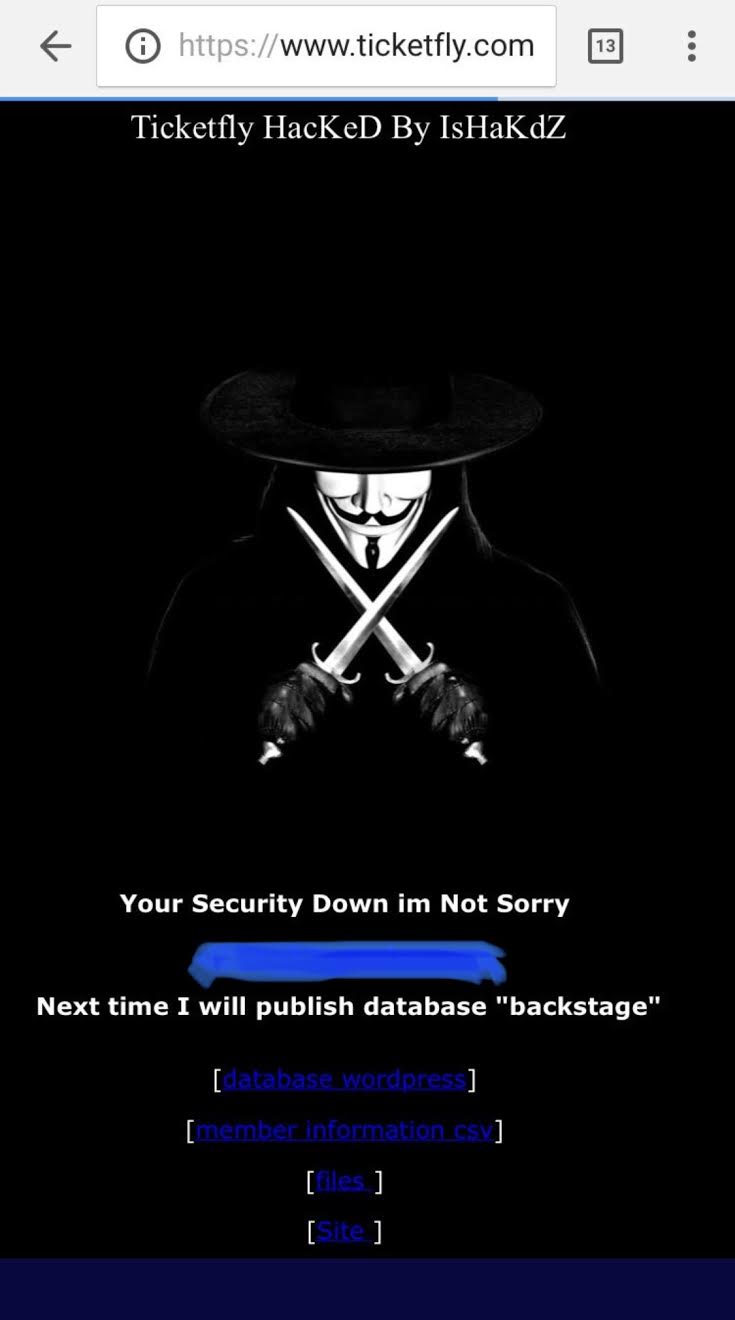 According CNET, hacker IShAkDz took responsibility for the cyberattack and demanded 1 Bitcoin to resolve the attack at the time, which was worth $7500 at previous market rates and also defaced the Ticketfly landing page.

Information including names, email addresses, physical addresses, and phone numbers connected to the accounts has been compromised.

However, as some customers purchase tickets using multiple accounts, it is possible that the number of impacted customers is lower than 27 million.

ccount passwords are also believed to be safe, but Ticketfly launched a forced reset over the weekend out of caution. The company says that it is “possible” the hashed values of password credentials may have been accessed.

“Upon first learning about this incident we took swift action to secure the data of our clients and fans,” the spokesperson said. “We take privacy and security very seriously and regret any disruption this has caused. We’re extremely grateful for the patience and support of the Ticketfly community.”