home gTLD's, ICANN DotConnectAfrica Relentlessly Fights For the Interests of Users & Registrants as Government Plots to Block its .Africa Application 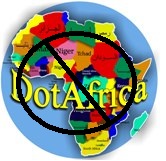 I read this recent article by DomainNewsAfrica on the push by a vested group to support a government managed .africa initiative at IGF Baku and oppose to the DCA .africa application, and thought I will also  share my point of view.    Then, before I  even send out this article, I read that the action is already in place.   GAC Early Warning by African Union and some other 16 Countries! wow.  This is getting interesting.  I note in the same document:

“The African Union Commission (AUC) has the mandate of African governments to ‘establish dotAfrica as a continental (geographic) To-Level Domain for use by organisations, businesses and individuals with guidance from African Internet Agencies’ and ‘to set up the structures and modalities for the implementation of dotAfrica project’ as provided for in the Abuja Declaration”

Obviously the legal applicant for this initiative is not African Union, instead it is Uniforum ZACR of South Africa.    So then why did the African Union not apply?   In the Baku forum, of course the initiative has been  conveniently promoted for the politically correct UN environment, as an AU .africa Initiative.   Additionally, despite its lip service to multi-stakeholder-ism, the UN agenda is evidently  populated and convened by government supporters and so was the Africa Agenda.  In this case, the UN exhibiting a continuous failure in implementing a multi-stakeholder model of  Internet Governance.

Recently, ICANN made selected changes to name strings including DotConnectAfrica’s string from .dotafrica to .africa, a six string new gTLD, which DCA originally applied for.  Since then there has been a new effort to block the organization from continuing its application throughout the  rest of the ICANN process. The (AU) government supported Uniforum application had initially capitalized on the error that had occurred on DCA’s application to discount it as unsuccessful, even prematurely declaring “that ICANN agrees there is only one application for .africa“.  Obviously ICANN did not state or confirm this, and all ICANN has done was to publish on its website the string that had been applied for by applicant, for disclosure purposes.

DotConnectAfrica has succeeded in several instances where underhanded attempts have been made to stop it from applying to ICANN. These include the attempt to reverse its endorsement and the unscrupulous appointment of a flag bearer Uniforum.  The Company was selected after an RFP process which DCA characterized as an illegal and illegitimate process.  DotConnectAfrica has said it did not participate in this RFP as the evaluators of the RFP and the DotAfrica Task Force were made up of the same people that have previously expressed interest in the .africa initiative and had endorsed their own initiatives prematurely.  Rather than participate in a flawed RFP, DCA continued with its plan to abide by the new gTLD program guidelines and apply directly to ICANN.

As an African observer, I base my views on facts and experience when I advise, there are clear and adverse scenarios if Africa will be allowed to get a gTLD managed by the government.

First of all,  African Union’s mechanisms of governing have failed in many instances rendering AU an almost powerless body; this is clear from the wars that have ravaged the continent and the lack of success to protect Africa’s position during the Arab uprising

Secondly, AU’s past handling of other Pan African project such as NEPAD  has failed miserably.   There is clearly a risk that a similar lack of performance would endanger the .africa initiative

Following this is the danger of e-tyranny, a case that means that government would infringe on privacy since the control of the root and content will be exclusively under their control. This could curtail freedoms that have been enjoyed on the internet platform.   Let us recall the  blocking of the Egyptian Web space during the Tahrir uprising to oust the president

There may also be a conflict of interest in the business model of a ccTLD Registry Operator also applying to operate a Continental-level generic Top-Level Domain. I believe that the role of the ccTLDs managers should be strictly limited to managing and administering the country code TLD, and should have no involvement whatsoever in the management and administration of a continental Top-Level Domain such as .Africa. I read DCA’s public comment towards this end. It says “If the Internet Governance Model does not allow the ccTLDs to own a Continental gTLD, its not possible that an organization such as UniForum ZA Central Registry that is operating as a ccTLD registy should also be involved in applying for the administration and management of the new .Africa gTLD.”

DotConnectAfrica says it has put out a clear plan on how it intends to promote and develop the ccTLD’s when its allowed to delegate the .africa gTLD.  This is coupled with a competitive introductory price of 10USD per domain.  Despite, DotConnectAfrica  is now faced with a competitor who is keen to lobby the government to block its application and further use ICANN GAC early warnings alleging DCA’s lack of government support.   DCA have clearly laid out that its AU endorsement is valid at the time it was issued and there has been no official letter from the AU stating a withdrawal of its endorsement to DCA.

DCA’s application documents also set out many benefits for Africa, including an already in place popular programs such as generation.africa  for the youth and miss.africa a program for girls and women.

Hence, after putting perspective on how both applications are handled, it is this writer’s opinion that Africa will lose if it supports a government sponsored and managed initiative.  A non-partisan, private public partnership, undertaking such as DotConnectAfrica is the better choice, not only for the market but also for the public trust.