Afilias has written ICANN asking that it disqualify Nu Dot Co’s $135 million winning bid for .Web, the company also asked ICANN to conduct an investigation, and has also filed a complaint with the Ombudsman. 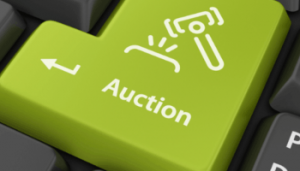 Afilias is reacting following last weeks amended lawsuit by Donuts’ filed after unsuccessfully seeking stop the auction of .Web gTLD on the basis of an undisclosed third party working with Nu Dot Co. Immediately after the conclusion of the auction, it was publicly disclosed that VeriSign, Inc. acquired rights in the NOC application for .WEB and was the funder behind $130.0 million payment for the future assignment of contractual rights,

VeriSign’s press release, dated  August 1st 2016, states VeriSign entered into an agreement with Nu Dot Co LLC wherein the Company provided funds for Nu Dot Co’s bid for the .web TLD. We are pleased that the Nu Dot Co bid was successful. We anticipate that Nu Dot Co will execute the .web Registry Agreement with the Internet Corporation for Assigned Names and Numbers (ICANN) and will then seek to assign the Registry Agreement to Verisign upon consent from ICANN.” https://investor.verisign.com/releasedetail.cfm?ReleaselD=981994

It is our understanding that NDC never notified ICANN of these changes per the terms of the Guidebook. In the interest of fairness to the other .WEB auction participants, ICANN should exercise its right under paragraph 1.2.7 and deny NDC’s application.

We request that ICANN promptly undertake an investigation of the matters set forth in this letter and take appropriate action against NDC and its .WEB application for violations of the Guidebook as we have requested.

In addition to this letter,we are filing a complaint with the ICANN Ombudsman with regard to this matter.

We strongly urge ICANN to stay any further action in this matter with respect to NDC, including entering into a registry agreement for .WEB with NDC, or acting on any request of NDC or VeriSign to assign such agreement to VeriSign, until the Ombudsman has had an opportunity to investigate and report on this matter.” wrote Afilias